Whether you like them to top your pizza or you love to slurp some yummy, creamy, soup with it, mushrooms are a fantastic addition to your kitchen and your health. Mushrooms have been one of the oldest foods on the planet, and their existence plays a critical role in our ecosystem. Their flavors are soft and subtle, and they make great ingredients to prepare a complete meal. And of course, taking a slight deviation from your kitchen favorites are magic mushrooms that give a divine hallucination many people would love to try. 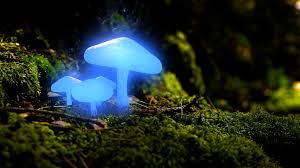 There are very few ingredients as versatile as mushrooms, given it is neither a plant nor an animal. There are many varieties of mushrooms, some come in glorious colors, some with incredible flavors, some with extraordinary psychoactive properties, and some deadly poisonous. Everything about this ingredient is fascinating, and there is always so much to learn more about it.

Here are six facts about mushrooms you have never heard before that will blow your mind away.

1. Mushrooms are the fruits of an organism

There has always been a huge dilemma in categorizing mushrooms between the plant or animal kingdom. They are living organisms known as fungi that have close characteristics with both kingdoms. While we trace down to the roots of mushrooms, we see that they are the fruits of a larger organism growing underground. The mushroom we see on forest floors is the fruiting system or reproductive system of a fungus that allows the creation and spread of millions of tiny spores to produce more mushrooms. It is the reason why lots of mushrooms can spawn in proximity from one another, especially by rapid absorption of fluids. Although they can grow all year round, the environmental conditions during autumn favor them to rapidly replicate.

2. It has a potent nutrition profile

Edible mushrooms house tons of nutrients, many of which are absent from most other vegetarian food sources. Raw mushrooms contain about 22 calories and are a rich source of fiber, calcium, selenium, and protein. It also contains vitamin C and antioxidants, both of which can have incredible benefits for your skin. They are also the only source of vitamin D in vegetarian foods that can synthesize the nutrient from exposure to the sun, just like our very own skin.

Mushrooms can form a perfect food for lowering bad cholesterol levels in the body, strengthening your immune system, decreasing the risk of diabetes and cancer, and aid in weight loss. Some varieties also contain a high concentration of potassium. A surprising fact about the makeup of mushrooms is that it is 90% water.

3. Mushrooms are critical elements of the life cycle

Dead plants, animal carcasses, and all remains of any dead organic material need to go through a critical transformation into useful biomaterial through a process known as decomposition. It is an essential step in the lifecycle, and mushrooms are powerful tools that enable this step.

Saprotrophic fungi such as mushrooms organize a network of hyphae on dead organic matter such as plants and release a set of enzymes that breaks down the structure of the compounds into nutrients. These elements then mix back into the soil to promote more life, such as supporting plant growth. The absence of such fungi would mean that there will be no decomposition that could disrupt the ecological balance significantly as it breaks the life cycle.

Although there are over 200 species of psychedelic mushrooms, most of them fall within one of the two categories of shrooms or muscimol fungi. Each of these comes with a characteristic mixture of compounds that initiates the psychoactive effects. So what are shrooms? Well, one among the two categories is psilocybin mushrooms that contain hallucinogens known as psilocin and psilocybin, and are commonly known as shrooms. While many believe that the psychoactive effect could have evolved into the category as a defense mechanism, the characteristics passed on to several species of this category through a process called horizontal gene transfer. There are several species of the category found in different regions of the world, excluding the Antarctic regions.

The other category, characterized by the presence of hallucinogens known as ibotenic acid and muscimol, is a smaller community. Muscimol fungi are closely related to some toxic species such as Amanita, and experts often warn users to carefully categorize the plant before consumption as it could be deadly to consume a toxic variety.

Users experiencing high from mushrooms often feel lightheaded and disoriented, which could be defined as mind-numbing or melting. But, consuming magic mushrooms, elevates the activity of brain cells and improves the connection within the system. There is a higher amount of synchronized activity occurring in the brain when a user is under the influence of magic mushrooms that are much higher than under normal conditions.

It could be the reason behind a lightheaded or dreamy feeling among users. The tripping experience after consuming magic mushrooms is because of communication between regions of the brain that generally stay unconnected. It influences the perception of a user that could also treat ailments such as PTSD.

6. Shrooms can alter your personality, permanently

Psychologists believe that magic mushrooms could be one of the few things that could change a person’s personality in their adulthood. A study published in the Journal of Psychopharmacology suggests that a high dose of psilocybin after mushroom use tends to alter the openness of an individual’s personality, which is one among the five domains. They believe that the participants of the study seemed to open to new experiences after 18 months of observation, which is, in fact, contradictory to the fact that individuals tend to become less open with age.

Some users share that the transporting experience while consuming mushrooms seems to linger even after the high wear out. The results were possible from a controlled study in a safe and monitored environment to ensure the comfort and stable mental health of the subjects. Some also suggest that it curbs the user’s ego as it alters their perception of self and helps them evaluate their personality and feel a profound connection to their inner self.

The mind-altering effects of psychedelic mushrooms could become a potential treatment for mental ailments. Study shows that it has negligible properties of habit formation and is also one of the safest drugs existing so far compared to several chemical drugs. Some believe that these properties could help in treating addiction and some mental health problems such as depression effectively. These delicious treats could also be useful to curb anxiety without causing side effects.